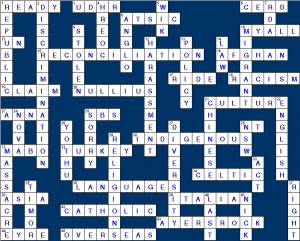 Across questions and answers

Down questions and answers